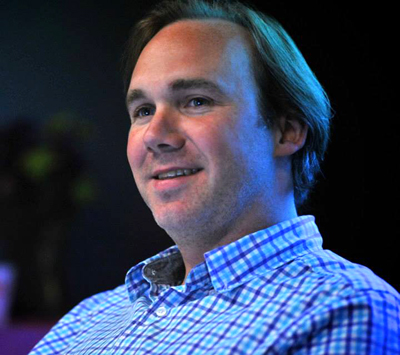 Toronto — Mark Hoffe, a writer, director, and producer born and bred in Newfoundland and Labrador is the winner of the first ever Daryl Duke Prize, a new award created to support up and coming Canadian film and television writers.

Hoffe has won the prize for his screenplay No Voices in the Sky. The prize comes with a $25,000 award that will allow Hoffe to further develop his screenplay with the ultimate goal of producing a feature length dramatic film.

No Voices in the Sky is a family tragedy, road movie, and coming-of-age love story about a tough but tender sixteen-year-old metalhead who abandons his troubled family life and hits the road with his first love in search of artistic success and his hero Lemmy Kilmister in L.A.

“It’s an honour and a privilege that the jury chose my screenplay. The support will no doubt propel this project forward in an ideal manner, and there’s a certain maverick justice in Daryl Duke meets a screenplay inspired by Motörhead,” said Hoffe.

Created to honour the memory of the late Daryl Duke, a distinguished Canadian film and television creator, the Prize is awarded to the winner of a juried competition among entries by Canadian writers of a treatment or screenplay for an unproduced long-form dramatic fictional film.

“Daryl Duke was a one-of-a-kind patriot who dedicated his life to storytelling and building a Canada with its own integrity and its own sovereignty and culture. We created this Prize to cherish his memory and to further his mission,” said Noreen Golfman, chair of the Daryl Duke Foundation.

Hoffe’s other credits under Mad Mummer include writer, director, and producer for the documentary The Needle and the Damage Undone (2012), writer and creative director for Newfoundland’s first interactive digital documentary Bubble Dancers (2014) – co-produced with the National Film Board of Canada – and writer for Away from Everywhere (2016), a dramatic feature film directed by Justin Simms and starring Shawn Doyle, Joanne Kelly, and Jason Priestley.

In 2016, Hoffe launched Rogue Rock Pictures to write, direct, and produce feature films and documentaries with international appeal. No Voices in the Sky is the first film under that banner.

The Daryl Duke Prize jury is chaired by R.H. Thomson, one of Canada’s leading actors who has performed extensively on stage, television and film for more than three decades. Colin Browne, professor emeritus in the School for Contemporary Arts at Simon Fraser University, and Patricia Gruben, associate professor of film in the School for the Contemporary Arts at Simon Fraser University, round out the jury.

Information about the 2017 Daryl Duke Prize is available at www.daryldukeprize.ca.